5 Most Common Challenges Faced By Women Entrepreneurs In India 

In recent years, women entrepreneurs have been increasingly recognized as a powerful driver of economic growth. However, they continue to face significant challenges in starting and growing their businesses.

There’s no question that being a woman entrepreneur comes with its own set of challenges. But that doesn’t mean it’s not worth it. In fact, the challenges faced by women entrepreneurs can actually make them better, more well-rounded business owners.

From discrimination and the wage gap to the challenges of balancing work and family life, women entrepreneurs have to overcome a lot. But they also have a lot to offer the business world. They’re risk-takers, they’re passionate, and they’re often very good at multitasking.

Despite the challenges, women entrepreneurs are a force to be reckoned with. They start businesses at twice the rate of men and are more likely to succeed than their male counterparts. Women-owned businesses are growing rapidly and are expected to generate $1.9 trillion in revenue by 2022.

If you’re a woman entrepreneur, don’t be discouraged by the challenges you face. Embrace them and use them to your advantage. With hard work and determination, you can achieve anything you set your mind to.

The Rise of Women in Entrepreneurship

There are more women entrepreneurs now than ever before. This is thanks in part to the rise of social media and the internet, which has given women a platform to showcase their businesses and products. Additionally, there are now more women-owned businesses than ever before, and women are becoming increasingly involved in the startup scene. All of this has led to a rise in women entrepreneurship.

There are a number of reasons why women are choosing to become entrepreneurs. For many, it’s a way to have more control over their lives and their careers. Women are also drawn to entrepreneurship because it allows them to be creative and to create something that is their own. Additionally, entrepreneurship can be a great way to make a difference in the world and to empower other women.

There are a number of challenges that women entrepreneurs face, but they are overcoming them. One of the biggest challenges is access to funding. Women-owned businesses often have a harder time securing funding than their male counterparts. However, there are a number of organizations and programs that are working to change this. Additionally, women are often faced with the challenge of balancing their business with their personal life. This is something that all entrepreneurs face, but it can be especially difficult for women who are also mothers

The rise of women entrepreneurship is often attributed to the increased availability of resources and support systems. In addition, women are increasingly recognized as having the ability to start and grow successful businesses. This has led to an increase in the number of women-owned businesses, as well as the success of these businesses.

Why are women entrepreneurs rare in India?

There are a number of factors that contribute to the low rates of women entrepreneurship in India. First, women in India tend to have less education than men. While the overall literacy rate in India is about 74 percent, the literacy rate for women is only about 65 percent. This education gap is even more pronounced in rural areas, where only about half of women are literate.

Second, women in India face significant barriers to accessing financial capital. Only about one-third of women in India have a bank account, compared to nearly two-thirds of men. This gap is even more pronounced in rural areas, where just one in five women have a bank account. Moreover, women are less likely to have access to credit, meaning they are less able to start and grow businesses.

Third, women in India face cultural barriers to entrepreneurship. In many parts of India, women are expected to marry young and become homemakers. Women who choose to work outside the home often face disapproval from family and friends. This can make it difficult for women to find the social and emotional support they need to succeed as entrepreneurs.

Fourth, women in India face a number of legal and regulatory barriers to starting and growing businesses. For example, Indian law requires that businesses must have a minimum capital investment of 100,000 rupees (about $1,500). This is a significant barrier for many women, who are less likely than men to have access to this amount of money. Moreover, the Indian government imposes a number of restrictions on businesses, such as limits on the number of employees a business can have and the types of products a business can produce. These restrictions make it difficult for small businesses to grow and thrive.

Despite these challenges, there are a number of women entrepreneurs in India who are successfully growing businesses. These women have overcome the odds to build successful companies. They are an inspiration to other women who are looking to start their own businesses.

While it is undeniable that women have started businesses and achieved success over the past ten years, there are still some challenges that women entrepreneurs must overcome. Despite the passage of time, which has resulted in over 252 million female entrepreneurs worldwide, they continue to struggle to overcome the difficulties they face on a daily basis.

With women making up about one-third of entrepreneurs worldwide, their status has never been better on paper. Unfortunately, these figures only tell part of the story, and men continue to control a sizable portion of the industry. Gender norms are having a significant impact on the entrepreneurial ecosystem and posing significant challenges for women everywhere, just like they do in the majority of industries in the modern world.

Here are a few examples of the various disparities that women business owners face around the world:

1. Lack of Social and Institutional Support

There is a lack of social and institutional support for women entrepreneurs. This leaves them at a disadvantage compared to their male counterparts. Women entrepreneurship is essential for economic development and for empowering women. However, these women face many challenges.

One of the biggest challenges is the lack of social and institutional support. Women entrepreneurs often lack the networks and connections that can help them grow their businesses. They also lack access to capital, which can make it difficult to start and grow a business. Moreover, women entrepreneurs often face discrimination and gender bias, which can make it difficult to succeed.

2. Struggling to be taken seriously

It is no secret that women entrepreneurs have a harder time than their male counterparts when it comes to being taken seriously. In a male-dominated business world, women are often seen as second-class citizens, and their ideas are often dismissed out of hand. This can be extremely frustrating for women entrepreneurs, who have to constantly fight for their ideas to be heard and respected.

One of the biggest challenges facing women entrepreneurs is the lack of mentors and role models. In a male-dominated industry, it can be difficult to find someone to look up to and learn from. This can make it difficult for women to gain the knowledge and confidence they need to be successful.

Another issue facing women entrepreneurs is the often-negative stereotype that they are not as competent as their male counterparts. This stereotype can lead to investors and customers alike being hesitant to do business with women-owned businesses. This is a vicious cycle, as the lack of funding and customers makes it even harder for women to be successful.

This can be a difficult tightrope to walk, and it’s one that can often leave women feeling overwhelmed and stressed. To make things easier, it’s important to set some boundaries between work and home life. This means carving out time for your family, and making sure that you’re not working 24/7. It’s also important to delegate and outsource where possible, so that you’re not trying to do everything yourself.

And finally, it’s crucial to have a support system in place, whether that’s your partner, your family, or your friends.

Balancing business and family life is never easy, but it’s something that all women entrepreneurs have to face. By taking some time to plan and organize your life, you can make it a whole lot easier.

By seeking out mentorship and networking opportunities, you can connect with the resources you need to be successful.

There are many successful women entrepreneurs, but they are often not visible in the media or in popular culture. This can make it difficult for young women to see themselves as entrepreneurs, and to believe that they can be successful in this field.

There are a few high-profile women entrepreneurs, such as Falguni Nayar, Vineeta Singh, and Ghazal Alagh, but they are not always shown in a positive light. This can give the impression that entrepreneurship is a difficult and lonely path, and that only a few women are able to achieve success.

Thankfully, there are many women entrepreneur role models out there, even if they are not always in the spotlight. These women have proven that entrepreneurship is a viable option for women, and that success is possible. These women can provide inspiration and guidance to other women who are considering this path.

In order to be a successful entrepreneur, you have to be willing to overcome any obstacle in your way. You can’t let anything stand in your way of success. When you’re faced with a challenge, don’t give up – find a way to overcome it. Be creative, be resourceful, and be determined.

Remember, behind every successful entrepreneur is a woman who refused to give up. So don’t give up on your dreams, and don’t let anyone or anything stop you from achieving them. You have what it takes to be a success. Now go out there and make it happen. 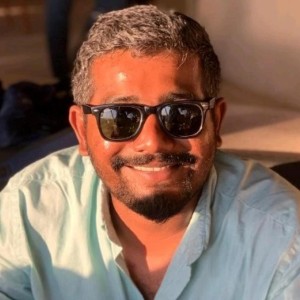