Why Web3 Is The Next Big Thing in Creator Economy

The creator economy, which employs 50 million people, is made up of a diverse range of content creators, including influencers, journalists, artists, and gamers. Creators are a growing and an in-demand profession. The pandemic and Web3 have only served to accelerate the creator trend two years later.

Today, the creative economy is estimated to be worth more than $100 billion. Although it is still in its early stages, the development of Web3, a new version of the internet based on public blockchains, is enabling an astonishing array of cutting-edge strategies in the creative economy.

The only way to stand out in any field is to keep up with web3 trends, and to do so, you must have the most up-to-date information. So, keep reading to learn everything there is to know about the web3 creator economy.

What Is The Web3 Creator Economy

The creator economy is made up of people who, like the rest of us, have a hobby that they can sell online. However, it is a platform that allows creatives to make a living doing what they love. The concept of a creator has evolved as platforms cede power to artists and their communities. The shift toward the creator economy does more than just benefit platforms.

This direct creator-to-fan network is fueled by new platforms such as Patreon, Twitch, Substack, and Discord, which bypass traditional gatekeepers and open up new avenues for content creation and monetization.

However, the platforms mentioned above are just the start. Web3 technologies, which include virtual and augmented reality, artificial intelligence, blockchains, and cryptocurrencies, will fundamentally alter the creation, ownership, and payment of content creation. More importantly, they will change our perception of the internet.

As the world approaches the next iteration of the internet, expect more convergence between the creator economy and Web3.

The Inefficiencies Of Web2 Structure

Because of the unpredictable nature of Web2 algorithms, creators have been forced to continue gambling for positions in social feeds. As a result, maximizing the value of content creation has become challenging and making revenue streams unpredictable. It is impossible to run a successful business in such circumstances.

Creators are barred from participating in these brands’ interactions with tyrannical power dynamics. Brands use social media to gain exposure and influence, while social media companies use brands to generate ad revenue. This matrix gives social media behemoths and brands complete control over digital creators.

On centralized platforms, the “rules of the game” for users and creators can also be changed at any time. This includes removing users from the platform, preventing monetization of a user’s online content, changing fee schedules, and even changing the algorithm that determines how users view content.

Platforms are evolving to become more community-driven, allowing both creators and viewers to benefit more from their contributions.

The first Web’s basic structure was that a small number of people created web pages, content, and web pages for a large audience of readers, allowing them to access facts, information, and content from the sources.

Web 1.0, on the other hand, was created to make it easier for people to find information. This web version was designed with data seekers in mind. This web version is sometimes referred to as “the read-only Web” because it lacks the necessary forms, visuals, controls, and interactivity that we take for granted on today’s Internet.

People refer to the first version of the Internet as “Web 1.0. “Users saw the first instance of a global network, implying the possibility of future digital communication and information sharing.”

The main focuses of this Internet form are User-Generated Content (UGC), usability, interactivity, and enhanced compatibility with other systems and devices. The user’s experience is at the heart of Web 2.0. As a result, this Web form was tasked with creating social media, collaborations, and communities. As a result, in today’s world, Web 2.0 is regarded as the primary method of web interaction for the vast majority of users.

Web 2.0 is known as the “participatory social Web,” while Web 1.0 was known as the “read-only Web.” Web 2.0 is an improved and enhanced version of its predecessor due to the incorporation of web browser technologies such as JavaScript frameworks.

The definition of a creator is changing as power dynamics in Web3 shift from platforms to creators and their communities.

During this stage of Web interaction and utilization, users transition from centralized platforms such as Facebook, Google, or Twitter to decentralized, nearly anonymous platforms.

Today’s creator economy is about new types of direct relationships between creators and communities, not just giving platforms value. There is an opportunity for creators to finally share in the collective value that platforms help to create, as well as to offer more to their fans (including potential financial gain).

What Are The Opportunities In The New Web3 Creator Economy

Beyond simply working with marketers, the creator economy is diversifying its revenue streams and broadening its services and offerings in 2022. The web3 trend will likely continue in the near future. As a result, platforms are rapidly expanding to provide more opportunities. As a result, artists are utilizing new platforms to directly interact with audiences and build their own networks. As a result, new content formats such as long and short videos, performative and impromptu content, and online webinars have emerged.

As the digital landscape shifts from Web 2.0 to decentralized Web 3.0, some significant benefits are beginning to emerge. Even though the new system is still in its early stages, it is worth investigating what it might have to offer creators.

Everyone interested in creating content, from influencers to seasoned business owners, will benefit from a more equitable and effective internet. Here are the main reasons why Web 3.0 will encourage innovation.

Looking at the difference between Web 2.0 and Web 3.0, you’ll find that this structure already exists in the form of cryptocurrencies and blockchain technology. So, it is nothing new.

The creative freedom that such a network promises, especially on a much larger scale, is astounding. Creators will no longer have to rely on third-party software and hardware to create and manage their own content.

In a network that isn’t dominated by banks or conventional currency, creators have more financial control. On top of that, Web 3.0 intends to build on top of that idea.

Cryptocurrency will play an important role as it develops and meets the needs of both consumers and businesses. Instagram, TikTok, and Medium are just a few of the platforms that are expanding the range of monetization options for creators at the same time.

3. Web3 Can Benefit Both Creators and Viewers

The majority of revenue is made by influencers and product sellers.

However, users can now be compensated for the time they spend on social media thanks to the introduction of Web3.

Crypto has not only given digital artists more power through the creation of Non-Fungible Tokens (NFT).

What Are The Latest Creator Economy Trends

The creators’ economy is thriving.

In fact, it has grown to be an industry worth an estimated $100 billion in recent years.

This number is expected to rise even higher as a result of all of the attention and investment that the creator economy has received this year.

Given the large number of new players entering the fray, including the 50 million creators and the steady stream of tools and platforms that support them (hey, that’s us! ), it’s understandable that the market and its trends are changing quickly.

Web3 was created in response to the need for a decentralized ecosystem. Given the growth of web3 creator economy initiatives, here are the most recent web3 trends to look out for in 2022:

Creator-owned content is the first iteration of the Web3 creator economy. The content created by creators is owned by the organization that runs current social media platforms such as Instagram and TikTok.

With Web3, creators will be able to own a portion of the platform on which they create and distribute content, in addition to their content on currently used social media platforms.

What makes the Web3 world so appealing is the ability of content producers to generate income through new channels and more open business models.

Prior to the internet, artists relied on middlemen such as dealers, stores, curators, and broadcasters to display and market their works. All of them demanded a large fee, leaving the artists with very little money.

Amazon, Spotify, Etsy and any other well-known marketplace that uses its popularity to take significant commissions on sales are the digital equivalents of those middlemen. The average percentage is in the double digits.

Access to a large network of potential customers is made possible by cryptocurrencies. Content creators are making millions of dollars in cryptocurrency, sparking a new wealth boom with few options for spending it. The crypto economy exists for good.

3. Creators will be the founders

We can expect the creator economy to become the founders of their own goods and services, as well as gain more recognition. While focusing on their passion, they will most likely build teams and tools to increase their revenue streams and streamline their production.

The new web3 creator economy will grow as more people choose to make their passions their careers.

As we look into the new direct creator-to-follower relationships and the future of the creator economy, we are incredibly excited about the new ways that creators can make a living, supported by and in collaboration with their communities in what we believe is the emergence of new and more sustainable economies.

We should become more optimistic about the future of the internet and remain committed to supporting the platforms of the next generation. 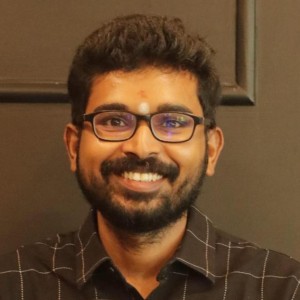